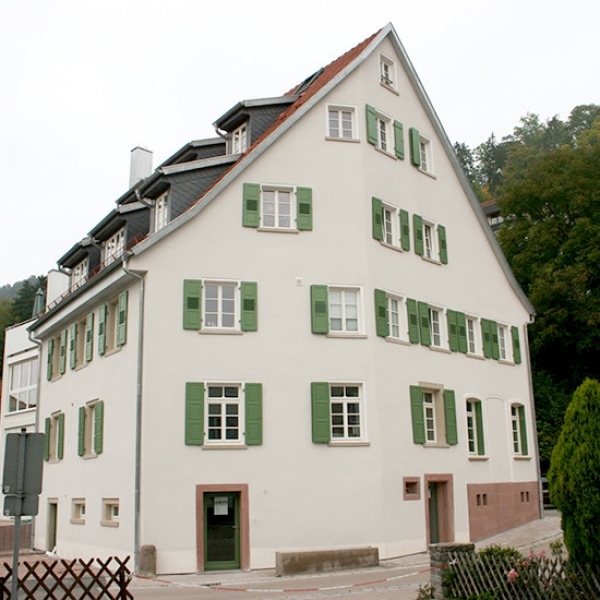 When the older inhabitants in Horb speak of the “synagogue” they mean the former Prayer Room of the Jewish community in Horb. From the end of the 19th century up to the time of its defilement in November 1938, it was in a house near Ihlinger Gate on the old road to Ihlingen. Today the house is renovated and the Prayer Room on the ground floor is now a memorial site and a small museum. The owner is the Support Foundation of the Jewish Prayer Room in Horb under the umbrella of the Association of Patrons and Friends of the Former Rexingen Synagogue. The upper floors of the house are resided in as was formerly the case.

History of the building 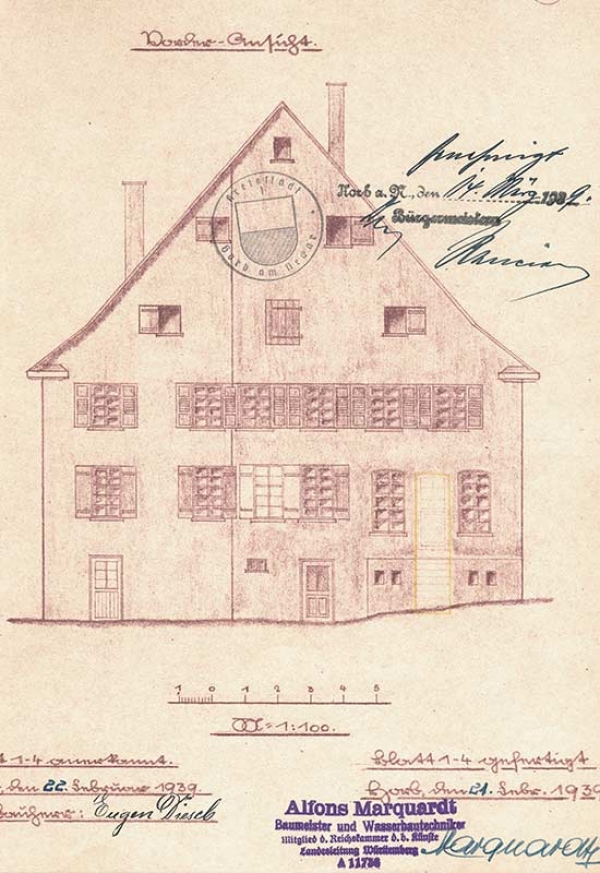 The year of construction of the house with the distinctive facade in Fürstabt-Gerbert-Straße 2 is unknown. Originally it was probably built as a barn and underwent many alterations and uses. It was waggoner’s house, restaurant, Prayer Room of the Jewish community, and after 1939 it was used purely as a residential building.
During its use as Prayer Room the two large rooms on the raised ground floor served as men’s and women’s sections respectively, joined by a passage.

History of the Jewish Community in Horb 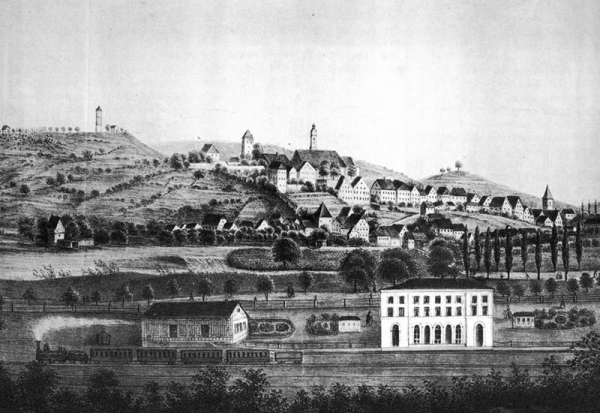 The community in Horb was the youngest of the six Jewish communities in what is today the district of Horb. In the 19th century, Jews in Württemberg gradually received the same civil rights as Christians. They could now choose their place of residence and their occupation. Many families took advantage of their new rights and moved from the villages to the towns and cities in the second half of the 19th century. Horb was situated at a railroad junction and was an aspiring town, a centre of civil service. As such it offered Jewish traders good opportunities for development.

The Jewish cemetery in Horb 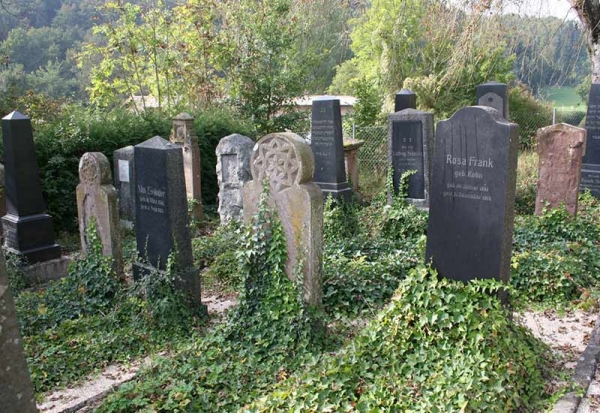 The cemetery in Horb is the youngest of six Jewish cemeteries in the larger district of Horb. It contains 75 graves, including double graves. The first funeral took place in 1904, the last in 1952.