Every year in November, descendants of the Jewish community of Rexingen gather for a memorial observance in Cedar Park Cemetery, Paramus in New Jersey close to New York. The site of the observance is a monument commemorating family members murdered by the Nazis as well as those in graves left behind in Rexingen and relatives who died in the American Army in World War II.
Steve Löwengart, son of Richard and Irma Löwengart, wrote the following report:

Our 2014  Rexingen memorial observance was conducted on November 9th. Sonja Nadritch planned the readings and conducted the service. Mimi Schwartz gave a reading from her book. Coincidentally the segment she selected was the description of Kristallnacht and the burning of the synagogue in Rexingen. She then recited the events that followed where the townspeople were instrumental in helping to save the two torahs – apparently the same reading was made at the on-site observance in Rexingen on the same day. The Kaddish prayer was recited by Larry Levi. 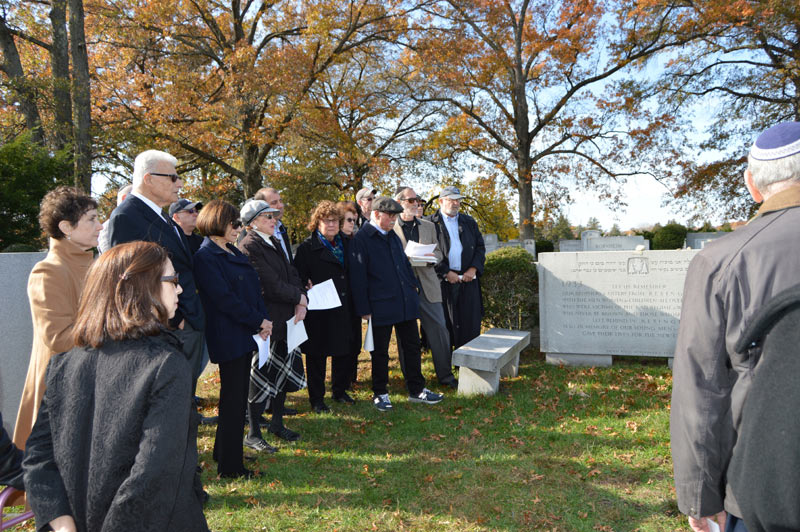 This year we sent out an email which simply explained that participation in the Rexingen memorial observance was declining for the simple reason that older people were dying.  We appealed to people who were on our email list but who had not come in the past to join our ceremony.  We were successful in adding several newcomers. By adding a brunch afterwards it was instrumental in the increased attendance. Besides people from the New York Area we had Rexingers joining us from the states of California, Florida and Maryland.
We intend to build on this increased interest in the next six months. Our goal is to gradually gain the interest and participation of our children representing he next generation so that the memories and spirit of our ancestors will continue to be remembered and respected.
The site was at the Rexingen monument located at Block 1 (the congregation Ohav Shalom section) Cedar Park Cemetery in Paramus New Jersey. 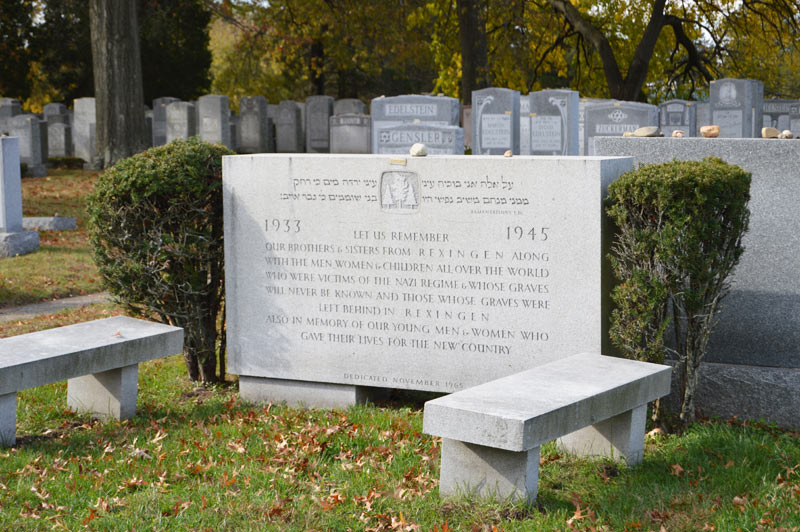