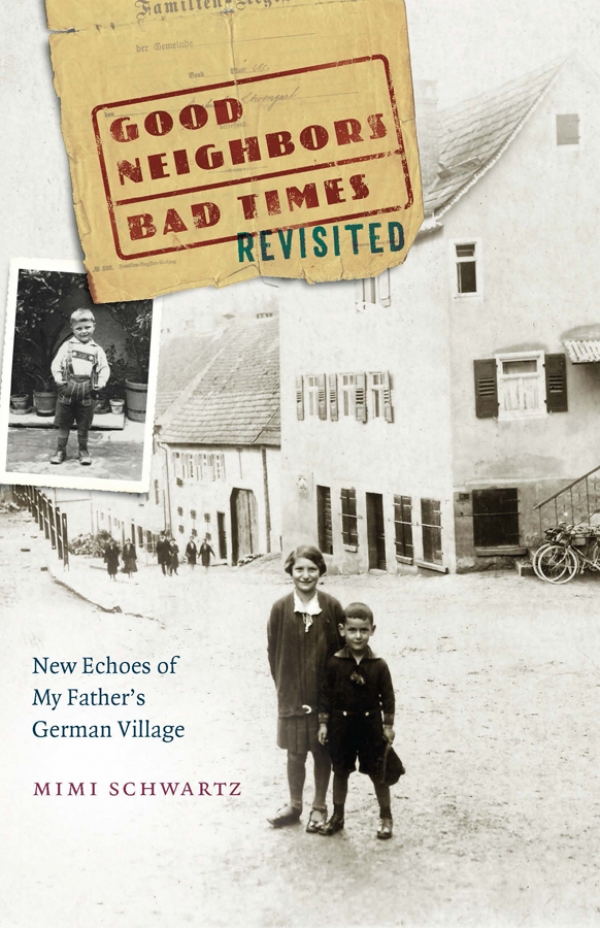 Ten years after Mimi Schwartz’s original memoir about Jewish and Christian neighbors in Rexingen, a fan letter arrives from a man in South Australia that causes her to “revisit” the village story. His name is Max Sayer, he is 88, and, it turns out, he grew up five houses away from where Mimi’s father was born thirty years earlier.

The families never met because the Sayers, who were Catholic, moved in just as the Loewengarts, who were Jewish, sold their house to flee the Nazis. Sayer shares his unpublished memoir about growing up in the Hitler years, and Schwartz hears the two memoirs talk to each other, as if out of different windows of history. So begins Good Neighbor, Bad Times Revisited: New Echoes of My Father’s German Village. In it, Schwartz weaves excerpts from Sayer’s memoir and from a yearlong correspondence with the Sayer family, as they explore the meaning of “neighbor” then and its lessons for all of us as neighbors today. Given the rise of xenophobia, white supremacy, and anti-Semitism in the world, this exploration seems more urgent than ever.
To learn more, watch this video. https://mimischwartz.net/good-neighbors-bad-times-revisited/